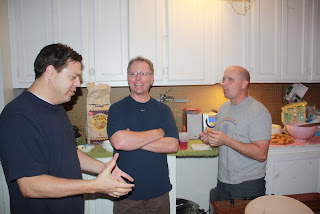 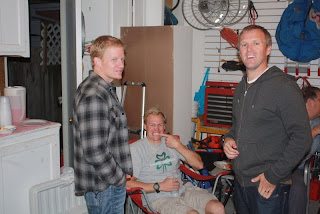 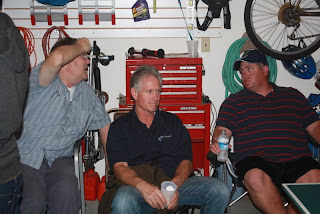 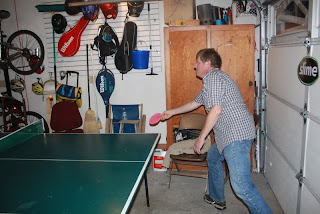 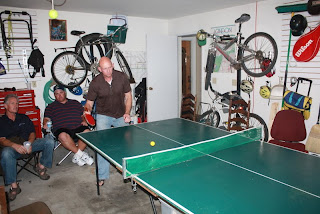 Greetings, dudes! Another Dude Squad meeting has come and gone and as usual, it was a runaway success. Choosing a bold new venue, Dave Greenall decked out the ol' garage with ping pong equipment, a Foosball table and some diabolically tasty finger foods. The fourteen dudes lining the perimeter couldn't have been more at home. Businesswise, we discussed the upcoming pig roast and were honored by the appearance of Dinky the Pig who will be the roastee. I've decided to make him an honorary member of the Dude Squad until we eat him. Also, for our December meeting, we will all be sporting our finest festive holiday sweaters. This is not negotiable. Remember, the louder and more obnoxious the better.

Discussion of Dave's selection, The Screwtape Letters was insightful and thought provoking. We touched on unselfishness, love, prayer, faith, accepting God's will, hidden blessings of faith, the faith of children and why it's a bad idea to marry a crazy woman. We mentioned Lewis's conversion to Christianity and his extraordinary appeal to Latter-day Saints. I believe all who were present and paying attention were edified.

We had a couple of rookies in our midst. Rob Chatterton, who used to jam with my garage band occasionally back in high school in Boise, Idaho, is moving to the area and has shown interest in the Dude Squad. Similarly, David Radmacher, a long lost friend of Tyler Wilson's, attended and contributed some great insights. It is indeed a small world.

Gentlemen, I'd like to thank all who attended Dave's meeting. Keep up the good work: Scott, Dave G, Sam, Rob, Trevor, Leo, Jim, Billy, Bret, Richard, Brent, John L, Tyler, and David R. Next month we will be reading John Larsen's selection The Jungle by Upton Sinclair. Meeting place and time will be announced soon.