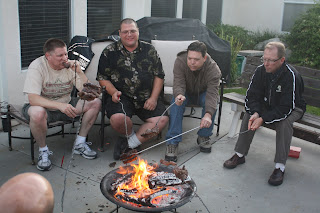 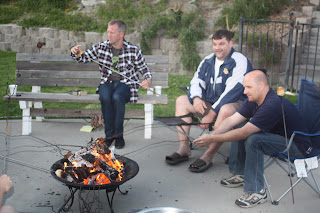 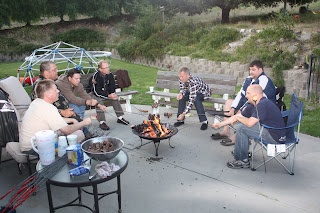 "I never let my schooling interfere with my education." -Mark Twain

I worried that post-Dinky turnout would be low, but yesterday reassured me that book discussion really is our top priority. That isn't to say that Scott's masterfully marinaded meat couldn't have drawn our most recent crew, but I got the feeling that the dudes present wanted to sink their teeth into a good story as well. Thanks to the Silvas for the use of their facilities and another flawlessly executed Dude Squad and Obscure Sports Society meeting. Businesswise, we, or I should say I, decreed that a dude must be present at the meeting immediately preceding the meeting for which he intends to sponsor a book. So this means that it's my turn next. Sweet.

We delved into the weighty themes of the novel right from the beginning and from there touched on some of our favorite parts and characters. The issue of justice as it pertains to personal revenge kept surfacing as did the movie Castaway. Many dudes expressed an interest in Edmund's unconventional education. I, too, am a fan of informal education. I always gain much from the Prawittian wit, or the Chattertonian memory for detail, or the Silvan insight, and so on. And to say more, you can't beat the tuition!

Signing off for now,